Home / Celestial Hierarchy / Thrones – What Is A Throne Angel?

Thrones – What Is A Throne Angel?

Thrones – What Is A Throne Angel?

Thrones represent a class of celestial beings. Firstly, the name of Throne derives from the fact that they carry God’s Throne. The beautiful Throne Angel serves God in the first Sphere in Heaven. Also they live in the 7th Heaven according to Paul the Apostle. We can find these celestial beings either in Christianity and Judaism. 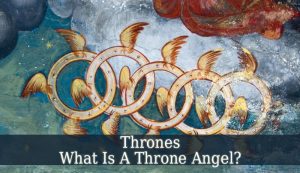 We find more information about them in the New testament. In Colossians 1:16, written by Paul the Apostle, they are mentioned as servants of Christ. Christians see them as angels full of humility. They bring peace everywhere they are. And they are full of submission for God’s Will. They live in the last level of the first sphere. Therefore, they live where material things start to take shape.

In Christianity, the Throne Angel helps lower angels to access God. Therefore, they are some kind of messengers between God and the angels who live in lower spheres. But their biggest mission is to inspire faith. And they re-establish and maintain the divine justice in the higher sphere.

Jews call Thrones Ophanims, Auphanims, Erelims or Abalims. But sometimes they are called Bene Elohims, Ishims or Arelims. In the Kabbalah they are mentioned as the Wheels of Merkabah. In the Zohar, we find that these celestial beings are even higher then Seraphs. Due to the Pseudo-Dionysians, they live in the Fourth Heaven. 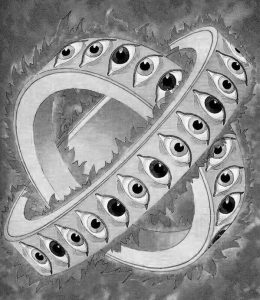 Therefore, they are the third choir of angels in the first triad in heaven. Enoch calls them “fiery coals”. And he describes the Throne Angel as a wheel with eyes and wings.

There are some sources that number Thrones between four and seventy. But The Book of Angel Raziel mentions only seven angels. And The 6th and 7th Books of Moses mentions fifteen throne angels.

Share
Previous Guardian Angel Yeyaiel
Next Dominions – What Is A Dominion?